Waking Up and Growing Up 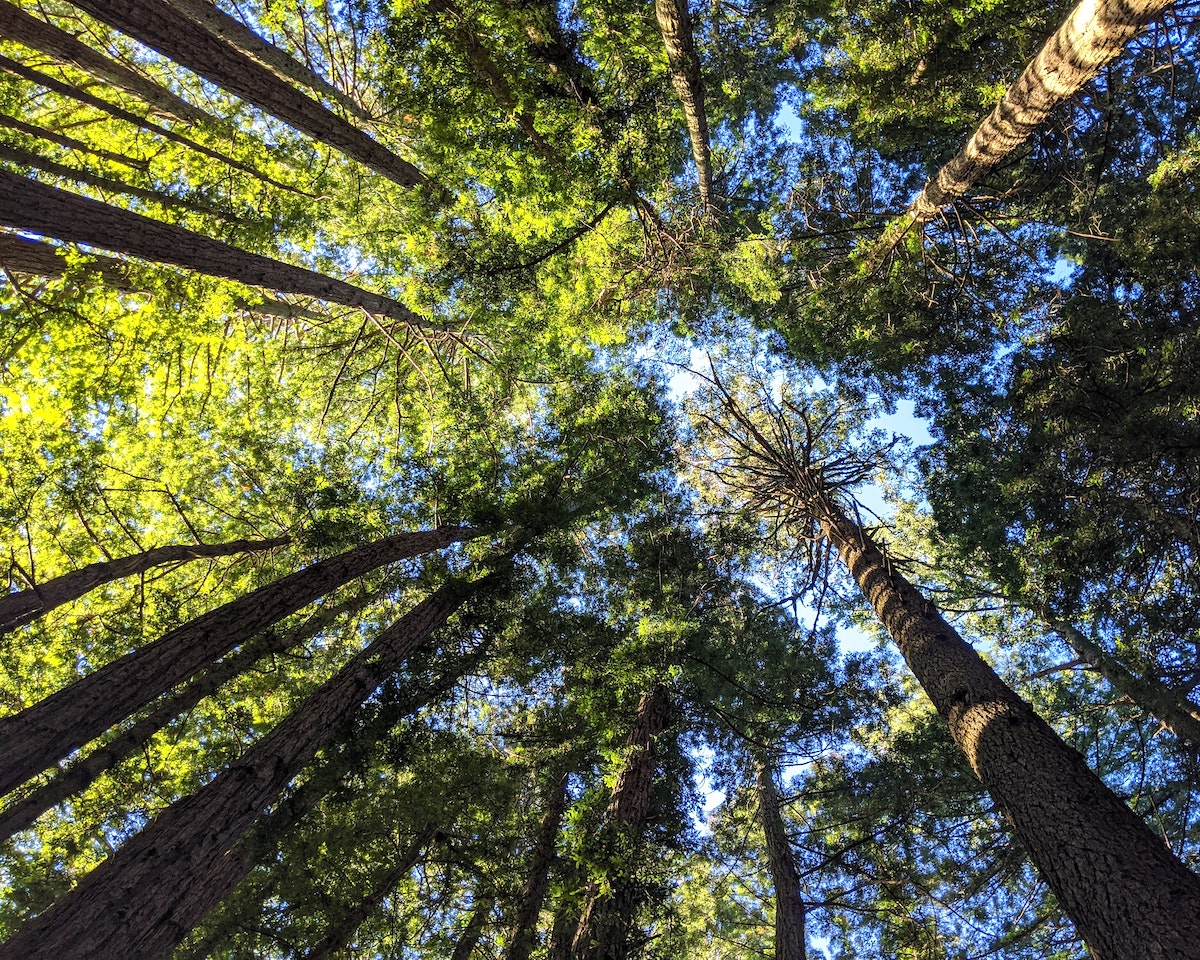 Q: I hope this isn’t insensitive Jim, but I’m aware of my confusion: if I’m in a therapy group or a satsang? Happy to be corrected!

Jim: It’s a good question, thank you for sharing that. In my own journey, just as we did at the beginning of the session today, I explored deeply my experience, and began unravelling the filters and assumptions I’d taken on, to discover my true nature in the moment; and that it’s something that can’t be acquired or attained; it’s something that we always already are that is revealed.

That’s very important, and powerful, and we’ll be doing more and more of that as we go along. Then what became very clear to me was, despite having those realisations, and despite feeling that support of my true being—this ‘not-knowing’ that’s here now, that’s always already whole and complete—even so, in my daily experience, the character ‘me’, James, was still acting in ways that were obviously running from old coping strategies, old misunderstandings and unconsciousness.

So the question comes: what was the point of all that—realising who I am on a deep level—if the way I show up as a character in the world is still contracted and creating mess to put it mildly?! And being in an intimate relationship, being married and having young children, provided an intense environment for more and more of those constrictions and distortions in the way I was operating to be exposed.

So then the question comes: where do I go from there? How can this understanding actually have an effect in my lived experience? Now that requires a different approach.

We’ve talked about this before, and I mentioned Douglas Harding’s book, where he describes how there can be this real understanding of who you truly are, this deep connection, and yet you come to what he calls ‘the barrier’; you come to this barrier where you notice: oh my God, even though I’ve realised what I’ve realised, still the separate self—that is, all of the fear-based patterns and ways of operating I’ve taken on—is running my life, maybe more so than ever before, and I’ve completely not noticed!

So if you have a real love for Truth, and living Truth, capital T Truth, then you can’t deny that, and a whole new approach starts to reveal itself: coming from that not-knowing, that presence, and feeling the support and empowerment of that realisation, we then begin opening up to what’s unconscious in us. And my God, when that door opens, you start to realise it’s like an insane asylum in there!

Before I was able to appreciate that, I didn’t believe it existed in me. It was like, “No, there’s nothing there, I am done.” But oh, how wrong I was! As that door opens you see, oh my God, there’s all this hate, anger, frustration, wildness, grief, sadness, shame, guilt, all of it, this wild cocktail of raw emotion that’s been buried away deep, deep down.

And that conglomeration of energies that have been repressed, are actually reaching up and distorting the way our character is operating in life; so without an honest exposure or exploration of that material, this understanding will only ever remain theoretical and it won’t have the possibility of truly impacting not only our life individually, but our collective expression—our collective manifestation.

So the way I operate these days is with a foot in both those camps. Yes, the traditional approach, these sacred truths that have been handed down from generation to generation, is absolutely imperative and needs to be acknowledged, explored and experienced directly for oneself, absolutely. AND, at the same time, the empowerment which that realisation delivers offers a platform to then face into all of this other stuff, this unconscious material, that is actually running our life, regardless what we’ve realised.

And when we do that, that’s the breakthrough. Then we grow up. We don’t just wake up, but we grow up; and we’re able to ‘show up’ in life dynamically—empowered through our understanding, and able to express it freely and authentically. I think, personally, this is what’s being asked of every one of us. As all things, it tends to begin with certain people taking it on, and then more and more people take it on, and a propensity grows in the collective psyche to do the same work.

So I commend everyone who’s here today for taking this on, because it’s courageous. It’s much easier to connect to presence, being, peace, love, joy, happiness, all these beautiful things, as a way of actually escaping from and denying even more the ‘uncomfortable’ side of life. But that’s what splitting off is! I don’t like this so I split off, push it away. That’s separation! That’s what amplifies and powers up the felt sense of separation; which is why an intellectual, theoretical understanding will never be sufficient: there will still be the sense of being isolated and divided off from life, and consequently the fear which that brings up, the fear of vulnerability, and the attempt to try to control the environment and other people—all of that is as a consequence of that division.

I don’t know if you want to respond to that, but I hope that answers the question.

Q: Yes, thank you Jim, it’s definitely a good answer! I can see the danger with what they call ‘spiritual bypassing’, where realisation supposedly gets a person off the hook from being ethical, doing their psychological work and being relatively conscious as a human being in relationships and in the world. Obviously it’s an overlap, isn’t it. But I’m also aware that the psychological work can go around in circles, it can just repeat itself; how many lifetime does it take to work through the shit?! Maybe it never ever is worked through, and there’s something about accepting that that’s where it is, and holding the realisation as a container for when that stuff will get triggered—a smell or a piece of music, a song, a person, anything can trigger that. That’s my experience, it doesn’t ever go away; it will always catch me out and it can be difficult, but maybe it hasn’t got the charge, the sting that it did have.

Jim: Yeah, I think that’s exactly right. It’s only the rational mind that now makes what I’ve just been talking about into a new destination: “Okay, so now I need to get through all my shit so that I’m perfect.” That’s another delusional character. There doesn’t have to be an end point, we’re not trying to get to this place ‘over here’, it’s not about that. But what you said then, beautiful, it’s about being able to acknowledge what’s there, so that we’re not fooling ourself, right? We’re not trying to split off, or deny, or fool ourselves; and if we know what’s there then, just as you said, it loses its ability to take us over so that our actions are distorted or constrained by the pattern, belief, self-belief, or whatever it is. So, it’s about clarity, acknowledgement, inclusion, and then we’re free to operate from that space of not-knowing, guided by the intelligence, the deep intelligence that we truly are.

So I think we agree and can see the overlap, but I also acknowledge that we have to be careful not to get lost in that world. We simply go on on our journey as our journey leads us.

The more we’re able to include what’s there, rather than denying or repressing it, then the clearer it becomes, and the clearer it becomes then it’s like, “Oh it’s this pattern again; and that pattern again.” They become so familiar that they lose their charge, like you said, and become hollow shells, as the energy that was caught inside them has been re-integrated—we’ve reclaimed it.

And as we meet now, there’s that easing . . . beautiful . . . you expressed your opinion and it was really wonderful to include that, and feel yourself expressed . . . honouring our unique expression . . .

And now just enjoying being here together . . . not needing to speak, there’s no necessity . . . but there’s still this connection here . . .

And my experience has been, when we open more and more in this way, and are able to face more and more of the ‘uncomfortable’ side of life, and include it, then there is more and more freedom in our expression . . . we are able to ‘show up’; this character is able to show up in life more fully, freely and authentically . . .

Other: In my experience, building capacity for what shows up is loosening the identity and bringing more freedom.

And so, over the years, what’s clearly happened with me is that the way I present the work that I do has included more and more of this other exploration: of facing into the unconscious and allowing what comes to be acknowledged. I’ve seen amazing transformations in the people I’ve worked with through that process, including myself, so I’m converted!