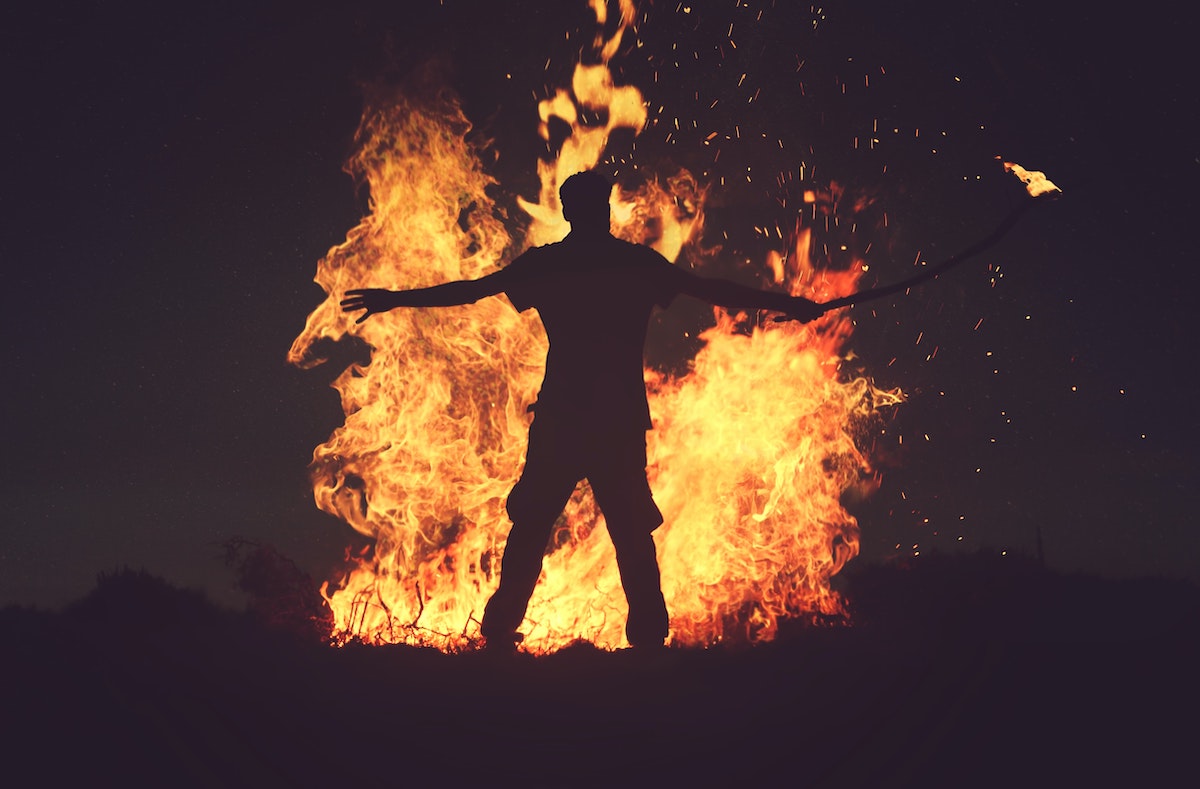 Transcript from a meeting with Jim Eaton on 25 July, 2020

Q: Something was triggered earlier, during the break: it’s my fear around violence and verbal aggression. I don’t know how to be present with it, and understand that it’s just an energy that’s being expressed, without going into my fear pattern of, “I’m going to be harmed,” or “I am being harmed.”

Jim: Yeah, it’s a huge challenge when you witness something that resonates deeply with your own wounding, and you re-experience that original fear and insecurity. The automatic response is usually to fight, freeze, run or hide, and we can find ourselves caught in these same reactive patterns over and over again.

But at some point we discover there is the possibility of experiencing the aggression of others—the screaming and shouting or whatever it is—feel our own wound being triggered, and simultaneously bathe it with self-love, so that our wound feels held and supported and we don’t get caught in reactivity.

Of course there will be many times when we do still get caught—and that’s okay, right? That’s what happens. We don’t need to then judge ourselves for that, which is only more reactivity. But there will be moments when we realise that it’s absolutely possible to not get caught; that’s a big moment when we first experience that.

Q: I understand that it comes from a place of pain in the other. I know it’s just their sadness and fear expressing itself. But when another person is involved—especially a female child—the opposite side of me then becomes involved, which is, “Don’t you dare!” Not outwardly to the person, but internally the rage is bubbling up under the surface, “This is a small being!” And the protection within me, it’s like [Q makes a roaring sound].

Jim: Yeah, and there can be real intelligence in that response. So this is the subtlety: we need to discern between the reactivity of the wounding, and the pure intelligence that acts optimally in each situation. This is the art of living we’re talking about here.

Q: Within two minutes I’d experienced the extreme of my own suffering, and then my reactivity, not externally but internally, of coming into a rage pattern of, “How dare you! Who are you to do this!”

Jim: Yeah, I hear you. And I’m saying that if you can connect with your rage, without getting lost in it, or suppressing it either, then rather than it being ‘reactivity’ it’s authentic power—to stand with clarity and directness for what’s right in the moment. You see, this is where spirituality loses the plot; because when it demonizes what we call ‘anger’ and ‘rage’, we cut ourself off from that vital energy, that life force; but there are very real situations in life where that energy is needed—it’s the optimising force coming in to deal effectively with the situation. I’m not talking about acting out violent or aggressive behaviour, I’m talking about showing up with strength and clarity.

So it’s absolutely possible to see, as you said, that the rage in the other is coming from wounding, and that it’s then resonating with your own wounding; but in soothing your own wound with the unconditional love that you truly are, then instead of just reacting unconsciously, you’re now free to respond authentically, from presence, from intelligence capital ‘I’; and you don’t know what that response will be in each situation—you remain alert, open and receptive, and it emerges naturally, optimally suited to the moment.

But for any of this to be possible, we need to be able to acknowledge the nature of our wounding, and meet it with unconditional love. Then we’re freed from the reactivity, and the authentic response can emerge.

Q: It’s interesting. I can do this with every other person but this person.

Jim: So they’re your greatest teacher, they are your guru—because they will trigger you like no one else. Usually it’s your wife or husband! [Laughter]

Jim: Stepson, okay; family, usually someone in the family. So they are your greatest teacher, because in triggering you they are helping you to clarify the nature of your wounding, and that’s going to challenge you, it’s going to deepen you. What a journey, what an invitation; there’s pure gold in that.

Jim: A useful reframe is to see your life as a journey that’s perfectly tailored to give you every opportunity to deepen into the fullest possibility of yourself—of this unique creation.

Q: I find it hard to even look at him, because he always looks grumpy; he’s twenty-five but he’s always grumpy.

Jim: Yeah, it must be very challenging for you.

Q: My whole body is shaking because I want to annihilate him on one level.

Q: Yes! And everyone else he touches, the suffering that he causes them, especially women. I don’t know how to let go of the rage toward him—this unfairness. It’s unfair. It shouldn’t be this way!

Jim: Yeah, “I’m frightened.” . . . I’m trying to move you away from your stepson, he was the catalyst, and now we’re bringing out the pattern that’s there beneath, that he’s helping you to see.

Q: That’s true. It is the pattern. [Crying] . . . I’m deeply afraid of people. They scare me, most people frighten me. Their anger scares me.

Q: And it makes me live smaller than I’m supposed to, because I fear, I fear them, I fear most people.

Jim: So we’re meeting that fear of people from this place of presence, and seeing that it’s a belief, a pattern that was installed for good reason early in life, where you couldn’t trust the people around you, where people were dangerous and you had to be wary, you had to be on edge. So you can honour the pattern for how it has served you.

Q: I had my own home for six years, my own space, my flat, my area that was mine, that was safe; and then he moved in with us for six years and turned it from my safety to my horror.

Jim: Yeah. So we’re reframing it. It was an invitation back into life, “You can’t hide away, fearing people.”

Jim: “Come back into life, see the fear-based pattern, move beyond it, don’t let it rule your life.” That’s the reframe. So we’re bowing to this pattern that you developed early in life, for good reason—to get through. “Thank you pattern.” Appreciating what was good about it. And now that you’ve clarified it, whenever that same wound is triggered again, you can love it from this place of openness, from being . . .

Yes . . . meet that sweet, innocent little girl who’s so afraid . . . here she is . . . and now you understand her, you can look into her eyes and say, “I understand. You’re so afraid. It’s okay now. Yeah, it’s okay now.” Loving her, welcoming her home to the true safety, the true ground . . . the true security.

So you keep meeting her . . . this part of you needs to feel that love, that holding—that she is safe now.

We all have these dissociated fragments to our psyche, that have split off at some point in our life, often when we were very young and were overwhelmed; they’re like short circuits in the system, that drain our energy and distort our functioning. As we listen deeply to the body and mind we can rediscover them, and lovingly welcome them back into wholeness.

It’s in that re-integration that we find ourself less and less triggered by the same situations, until curiously even the situations themselves seem to fade from our life—as if they have served their purpose and are no longer required.

Q: I feel much better.

Jim: Yeah, well done. You allowed yourself to go down there and meet that dissociated part, and begin the process of re-integration. It’s like you’re building a relationship, so gradually that part of you feels more and more included, loved, and supported.

Jim: Thank you. Thank you for your courage.