Has Nothing Ever Happened? 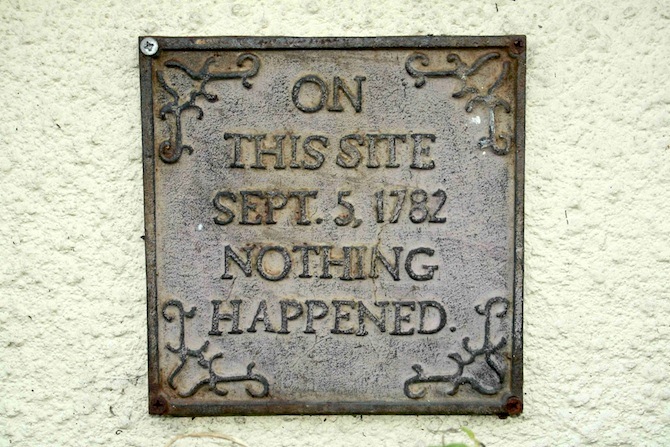 A friend once went to a post Christmas non-duality meeting and was told that Christmas had never happened. This caused him much confusion as he still had the presents to prove that it had! So what on earth is going on here?

Statements such as ‘nothing has ever happened’ can be useful in smashing through the conviction that we understand life. They put such a spanner in the works that we are caused to reflect on all of our assumptions. However they can also be downright confusing at the same time! Thought is such a tricky customer that, rather than being undermined by these statements, it twists them to further reinforce its own supposed position as master controller. We can find ourselves becoming detached from life, as if it’s some kind of meaningless mirage, which we, in our ‘superior spiritual space’, have now transcended beyond. We start telling others about what we know, and are extra careful so as not to use the ‘wrong’ language and so reveal a weakness in our ever thickening defensive wall. But all we have done is taken on another belief. This cold, intellectual non-duality is a million miles a way from what the message is really saying.

If we imagine ourself to be like a TV screen out of which the movie of life is made, then yes, nothing ever happens. Does the screen ever go anywhere? Does it ever change in any way whatsoever or have anything to say about anything? Is it affected when the movie is full of explosions? Of course not.

BUT!!! there is a movie playing out and that movie is made out of the screen. Every appearance is ourself in disguise, a manifestation of our true being. So to reject any aspect of the movie is to reject ourself.

Rather we find a raw intimacy with all of experiencing; be it our family, friends or a passing stranger; be it a feeling of joy, sadness or total frustration; be it a quiet walk in nature, the chaotic January sales or the local Christmas panto, everyone and everything is seen as an expression of who we truly are—all arising within the screen whilst never being separate from it.

Then this message goes from being a cold, intellectual appreciation to cracking open the heart and the love just pours out. Love without cause, love without reason.

So, did Christmas ever happen?